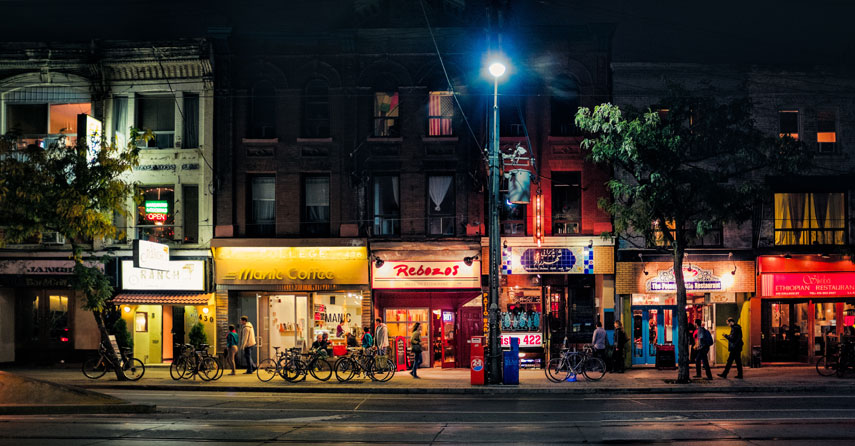 The Global Restaurant market is growing at an annual pace of 5.6% and almost 60% of the USD 3 Trillion worth global foodservice market is generated by restaurants of various sizes and shapes around the world.

While restaurants as an industry continue to prosper around the world, consumer preferences and buying behaviours will continue to evolve in the coming years. Throughout the last decade, how consumers purchase their meal and their preferred meal type has continued to change drastically.

As the Millennials and Generation Z continue to gain more and more purchase power the interest in ethical and healthy food continues to rise in demand while convenience seems to govern many purchase decisions. Demand for convenience has fuelled continued growth in delivery and take out around the world except in France, where eating out is an integral part of the culture.

Despite the apparent growth, changing consumer and market patterns as well as the growing number of online and offline consumer interaction channels adds more pressure on restaurants to understand what really makes the users tick and drive them to their door.

Is it the offers? Or is it the Social media marketing, Facebook engagements, a new swanky website or the positive 5-star reviews? Or is it a combination of all?

According to several researches commissioned by TripAdvisor, Touch Bristo and Deloitte, many factors drive today’s restaurant goers to choose the restaurants they dine at, including their dining habits, decision makers, deal makers and breakers.

According to Touch Bristo, nearly 65% of today’s restaurant-goers are on the lookout for a new restaurant, and the main deal maker when it comes to a new restaurant is the food type they serve. Again, nearly 65% of the diners consider the type of food to have the biggest impact on their choice and almost three quarters would return if the food was good, even if the customer service was less than perfect.

Word of mouth, whether offline or online still plays a significant role when it comes to choosing a new restaurant. Nine out of 10 people visited a new restaurant purely based on a friend’s recommendation, made online or offline while three quarter agreed that they would never visit a new restaurant if a friend has given them a negative review.

According to TripAdvisor Insights over 90% of the users across different geographic regions reported basing their diner decisions on online reviews while over half of the diner decisions were further influenced by the restaurant and food images they found online.

As mentioned before, convenience plays an important role in when diners decide on a restaurant. According to Deloitte Digital Consumer Review for 2018 smartphones with smarter apps are leading the consumers to demand a wholesome mobile-friendly user experience online. The TripAdvisor insight observes that more and more diners across the world expecting a one-stop-shop restaurant experience online on their mobile.

Over three-quarters of TripAdvisor survey, respondents recorded actively researching in-destination experience on mobile, checking the menu and pricing and ordering take away, delivery or making a table reservation.

The Touch Bristo findings echo Deloitte and TripAdvisor statistics and confirm that more than half of the Diners go Googling before dining. Nearly 60% searched online for a restaurant’s menu while nearly 50% visited the restaurant website prior to visiting a restaurant or making an online order.

As opposed to Generation Xers and Baby boomers who still tend to use multiple devices when researching or reserving a restaurant online, Millenials and Generation Z members tend to stick to mobiles exclusively, making a comprehensive mobile-friendly online experience essential for a restaurant.

Although digital channels and communication methods seem to largely govern the Diner Decision Making process, classical marketing mainstay like promotions, offers and discounts continue to fill seats and drive sales. Nearly 80% of the Touch Bristo respondents reported visiting a restaurant due to a promotion or an offer they received online or offline.

Incidentally, the surveys carried an unexpected eye-opener for many restaurants. While nearly one-quarter of the restaurant goers did look up a new restaurant online before taking the plunge only 3% based their decision solely on the restaurant’s popularity on social media, emphasising the importance of using social media for reputation and guest management and reaching beyond just likes, comments and engagements.

How to Get Your Diners to Become your Marketing Ambassadors

The Best Restaurants Are in the Business of Creating Memories

How to Make Videos Work for your Restaurant?

Restaurants in 2018 – The Shifting Social Media and Marketing Landscape

Why your Restaurant Needs a Holistic Online Strategy

3 Ways Your Restaurant Can Survive the Covid-19 Pandemic